Harraga is, in the Algerian dialect, the word used to designate who "burns down the borders" is who emigrates without papers.

The phenomenon of harraga began in 2007 and has been increasing since then.

Many boats have managed to make landfall on the northern shore of the Mediterranean while others, seen by the coast guard, have been intercepted and their passengers have been systematically brought to court and charged with attempted illegal exit from the national territory. , which is a crime in Algeria.

The history of some of these vessels, however, does not enter into either the first or the second. They are missing, and the fate of those on board is a mystery their families are trying to solve.

In this section you will be able to know the faces of some of the missing persons. This thanks to the work of the Collective of the families of the Harraga missing at sea which succeeded in reconstructing the list of passengers aboard a few boats and to the families who gave Missing at the Bordes the photo of their missing relative. 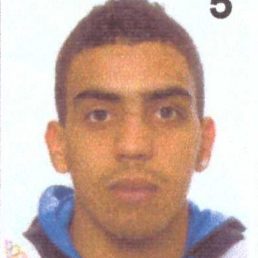 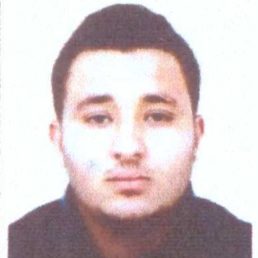 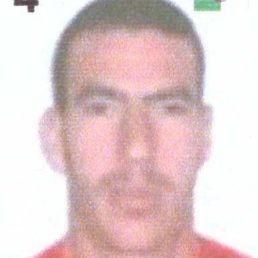 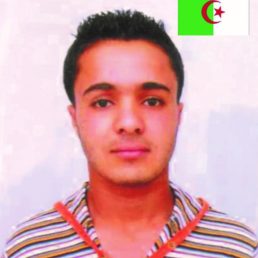 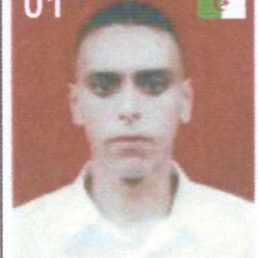 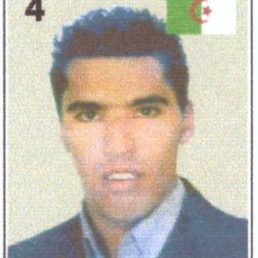 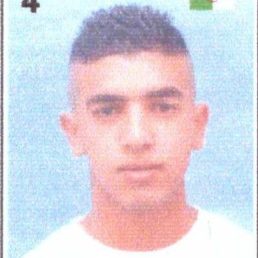 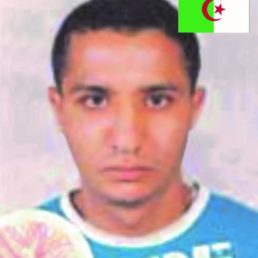 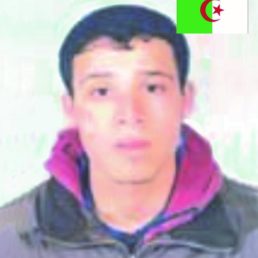 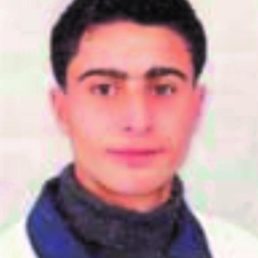 Some vessels, however, do not belong to neither of those cases. Some vessels, and the fate of those onboard, is a mystery that their parents are still trying to unravel.

- 8 February 2007: vessel with 7 people on board. The disappearance was reported to the Coast Guard after 24 hours from the departure at most.

- 15 March 2007: vessel with 6 people on board. The disappearance was reported to the Coast Guard after 24 hours from the departure at most.

- 17 April 2007: vessel with 10 people on board. The disappearance was reported to the Coast Guard after 24 hours from the departure at most.

- 24 May 2007: vessel with 7 people on board. The disappearance was reported to the Coast Guard 2-3 hours after relatives received a distress call.

At the beginning of 2007 the surroundings of the coast guard in the city of Annaba inevitably became a meeting point for the relatives of those undocumented migrants from whom they had not heard.

Officials were shocked and, in some sense, overwhelmed by the growing number of vessels of which they had no news, and over which the Coast Guard could not release any official statements. Thus, they tried to sidestep the inquiries from the relatives asking for truth.

Navy officials consistently reached the same conclusion that the crews were “nowhere to be found” or “missing at sea, untraceable”, or at least this is what they tried to feed to the desperate families. Such conclusion does not stand when considering the means Coast Guards have to patrol and control the territorial waters.

This seems to suggest that neither the number of vessels nor the frequency with which they disappeared concerned the Algerian Coast Guard, which was busy, at that time, pursuing its pitiless hunt of Harga candidates, together with the Tunisian Government and the Frontex Agency.

Since the beginning of February and up to the end of August 2007 the Algerian and Tunisian Coast Guards kept stating they did not intercept any vessels, and that they could not trace them, apart from the 24 May 2007 vessel, which was found at Klibiya in Tunisian territory.

The discovery of this vessel not only raised grave questions which are still unanswered to this day, but it also casted serious doubts on the attempts to cover up the truth, in addition to the ones that families of the disappeared already had, calling into question the conjoint responsibility of the Algerian and Tunisian official authorities.

In December 2008, despite the tens of petitions of the families of the disappeared to the authorities (Presidency of the Republic, Government’s Chief of Staff, Justice, State, and Interior Ministries, Senate, National Assembly, Embassies, etc.) no actions were undertaken.

Statements from the Coast Guards of Annaba (Algeria) and of Tunisia on their alleged searches for the vanished vessels turned out to be not only false, but also tendentious, as they showed a clear will to obstruct any investigation regarding the “disappearances” reported to them.

Despite the production of official documents, testimonies, and irrefutable arguments demonstrating the premeditated murder of Hadef Riyad, Tunisian institutions kept refusing to collaborate, covering up the facts pertaining to this murder and denying access to information regarding the circumstances of the death and the unacknowledged kidnapping of Hadef’s six (6) “crewmates”.

Tunisian authorities went out of their way to blockade all information on the case of two (2) vessels disappeared on 8 October 2007, on which thirty-nine (39) Algerian nationals, three (3) Tunisian nationals, and one (1) Moroccan national were traveling.

It has been ascertained without any doubts and with hard evidence that these people, officially declared as missing as of 8 October 2007, were actually intercepted at sea and interrogated by the security services of the Tunisian Interior Ministry.

Moreover, the Secret Services themselves summoned and questioned, in 2010, the families of the three (3) Tunisian nationals on these vessels. At the time they acknowledged that the crew had been detained and told the relatives that their loved ones were in perfect health.

IV – Hypotheses on what actually happened

Up until now relatives of missing harragas keep witnessing, powerless, the silence of the official authorities regarding the numerous disappearances in the Algerian and Tunisian territorial waters.

Research conducted with their own means and without any help or collaboration from the authorities of the two countries let them formulate two main hypotheses on what actually happened.

Hypothesis 1 – The “Abuse of Power”

The first hypothesis is that of an abuse of power and other violations committed offshore by the Coast Guards that made an attempt on the lives of the harraga as they sailed. This is the case for the crews of the 24 May and 17 April 2007.

The second hypothesis is that harragas were physically terminated under the justification of the “war on terrorism”. This is the case of the crew of the 8 October 2008.

The relatives left alone with their anguish

Hundreds of parents, mostly belonging to the most disadvantaged and outcast social strata, are forced to acknowledge that their children’s life does not have any interest or value, if not for themselves. Otherwise how can we believe that while it is possible, these days, to find the of an aircraft crashed in the ocean, it is also impossible to find any trace of the fate of tens of vessels on which authorities were promptly alerted?

Among these humble citizens there are, obviously, no children of ministries, diplomats, senators, congressmen, government officials, justices, executives, or rich businessmen.

Thus, they resigned themselves, in face of the many doors shut upon them, to count only on themselves in order to obtain answers to their questions and to find solutions to their dramatic situation.

Given the lack of consideration and the contempt shown towards them, the collective of parents of the missing people, most likely victims of enforced disappearance, decided to put an end to all the actions at the Algerian and Tunisian Coast Guards, as they are suspected of intentionally covering up grave truths regarding “abuses of power” during the harragas arrests at sea and/or the kidnapping committed by the Tunisian authorities with the pretence of security, without the consent of the Algerian authorities.

Creating the network “Families of the harragas disappeared at sea”

Appealing to the national institution is thus out of the question. At the end of 2008 the involved parents were forced to share their means in order to try and obtain clues through their own investigations and try and shed some light on the fate of hundreds of young citizens still missing.

This is why the network was started, whose head office is at the LADDH (Algerian League in Defence of Human Rights) in Annaba, where families gather to exchange information. Supported by lawyers, journalists, and voluntary fellow citizens, the network created a unit for collecting and processing information with these goals:

1. Establishing a documentary data base:

- collecting documents, testimonies, and information related to the vanished vessels;

- producing information and statements to be divulged by media and NGOs.

1. a compilation of documents and facts regarding the disappearance of the 10 crews (a grand total of 128 missing people);

2. the production of individual identification and information sheets on each one of the 128 missing people;

3. collection and elaboration of information regarding the disappearances in Tunisian and Algerian territories;

4. production and circulation of tens of reports and appeals to Algerian governmental and non-governmental organizations, the National Assembly, political parties, embassies, NGOs, etc. for initiating an investigation on the vessel disappearances in Algerian and Tunisian territories;

5. production of A/V recordings of testimonies regarding the enforced disappearances in Tunisia;

7. organization of several press conferences in Tunisia and Algeria;

8. filing lawsuits to open investigations before Algerian and Tunisian courts;

9. organizations of sit-ins in Annaba, Algiers, and Tunis;

10. initiation of a procedure at the UN Working Group on Enforced or Involuntary Disappearances (June 2017).

Up until 30 June 2017 all actions described above have been proven fruitless or filed without further actions, despite the production of irrefutable testimonies, arguments, and evidences. As the authorities did not acknowledge the complaints, they prevented the opening of any formal investigations.

All the national legal channels have been pursued. The collective of parent of the more than one hundred missing harragas found itself forced to appeal to the UN Working Group on Enforced or Involuntary Disappearances, hoping to end the silence and get some answers, even if minimal, on the fate of their loved ones who have been declared, without valid proof, missing at sea for more than ten long and painful years.

Through all these actions the network of families of the missing harragas wants to alert the national and international public opinion on this looming potential danger, so that everyone can take responsibility before the law and before history.